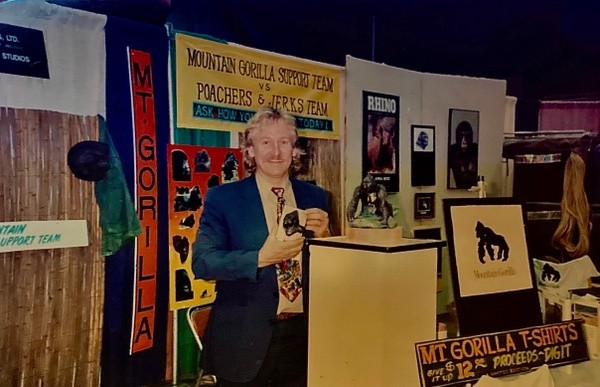 The one thing I am good at doing more than any other thing is making illustrations, drawing and sculpting all in a variety of genre and styles.: I grew up in Missouri where we we were immigrants and I a naturalized citizen from Germany lived. My mother, a native Estonian and creative artist & ballet dancer studied commercial art via Art Instruction School of New York. I grew up watching her perform illustration and advertising art. I always could out draw any other kid and later on worked as a commercial sign maker. I became a skilled lettering artist for sign shops around and ran a sign business of my own in between sculpture studies.

I did not get my first bronze sculpture cast until 1978. Since then I have had castings on commission and one edition of a Mountain Gorilla.