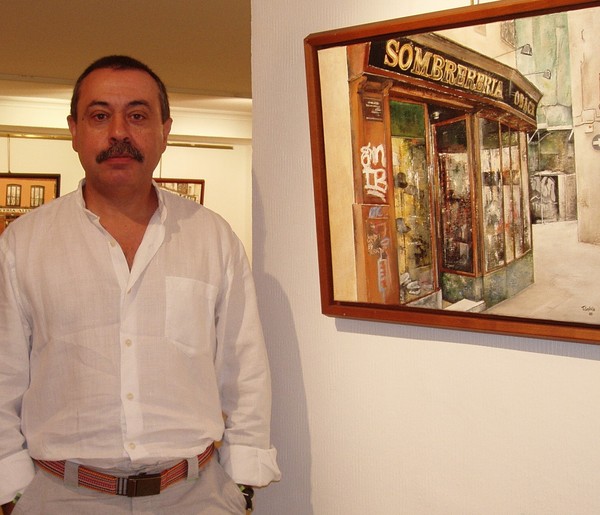 Tomás Castaño was born in Santander (Spain) in 1953. since very young he demonstrates a special predisposition towards the drawing, but up to the age of 17 years he does not take the first paintbrushes. Of self-taught formation, he has been forged himself, based on tenacity and enthusiasm, being decanted by a style of realistic painting, which he approaches forming constructed, drawn well compositions, worrying about the composition and the drawing, he controls the perspective and also the powers that have led him to reaching landscape painter's status characterized by his architectural work. He has showed hes work in collective exhibitions for several countries as Germany, Holland, Taiwan, Ireland, India, France, USA, Argentina, Japan, Italy and numerous individual and collective exhibitions in Spanish territory. He has represented to Cantabria in the Biennial of Florence in the edition 2005. His work is admitted by the peculiar style and the environment that he creates in ended of his series of old taverns. In 2012 he was invited by General Electric Company, USA to take part in the exhibition GE's 2012 Hispanic Heritage Month Art Exhibition. He was invited by Bellarte Gallery Seoul-Korea to participate in the Ibero-American Art Fair Seoul 2012 and 2013, showing his works with prestigious artists such as Fernando Botero, Oswaldo Guayasamin, Rufino Tamayo and Roberto Fabelo. In 2015 he was selected to exhibit at the most important event in Asia ART REVOLUTION TAIPEI 2016 (Taiwan). In the years 2017 and 2018 he was finalist again in Art Revolution Taipei.